Leaving San Martin to walk to Astorga, we crossed this ancient bridge. There was a bike race today. So bridge was flooded with bicycles. However nobody minded that we pilgrims were walking and taking pictures in their race. 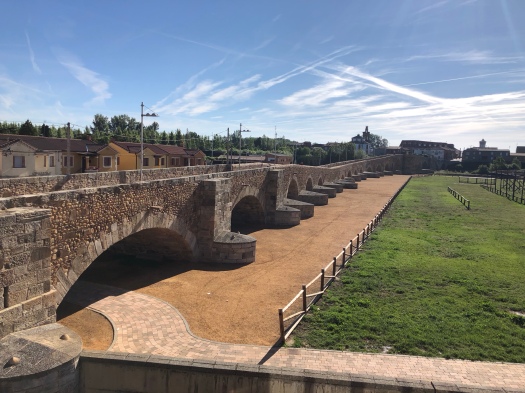 After walking alone by the highway all day as my friends followed normal route, we met at this cross with Astorga in background. 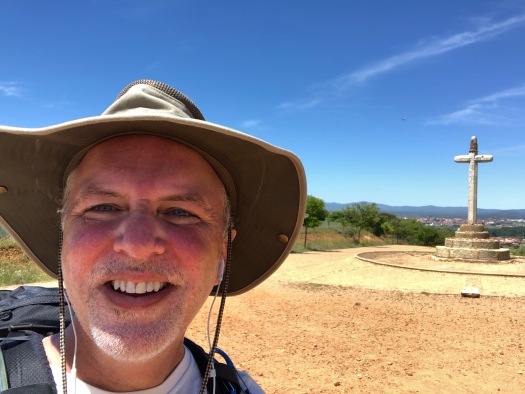 The cathedral in Astorga is amazing. It is a gothic structure, so very different than León. My impression was a sacred space that well balanced the vertical awesomeness of God with the incarnate grace of Jesus. 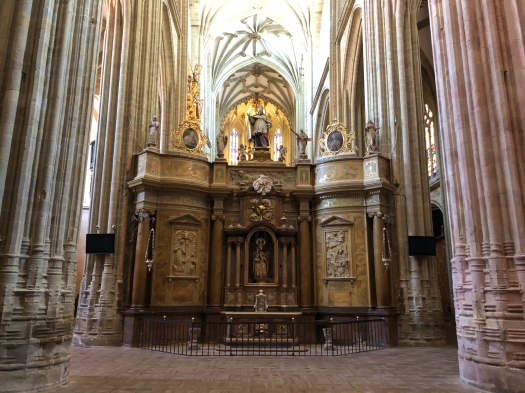 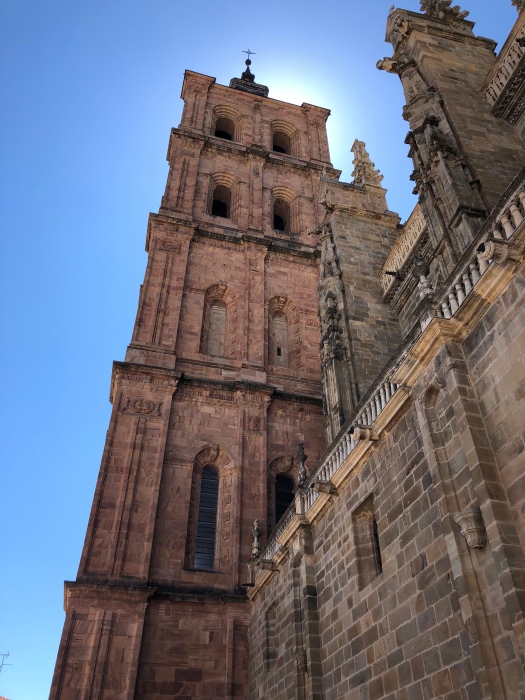 After a shower and some FaceTime with family… including my Dad on Father’s Day (did receive a great note from my son)… wanted to share a video.

So, each village / city on the Camino has plazas. At least a Plaza Mayor, central plaza in the town. The plaza is a community gathering space. Here is a video of a Plaza Mayor at 9:00pm. Dinner in Spain is easily from 7-8pm or later. It is very relaxed and wonderful. As a pilgrim who walked 6-8 hours in the heat, it is wonderful to relax in a plaza before bed.

Hope all is well with you!